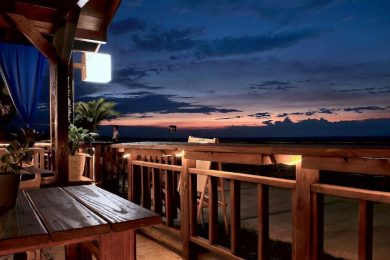 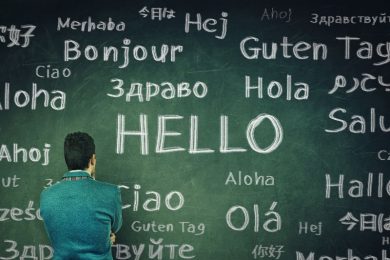 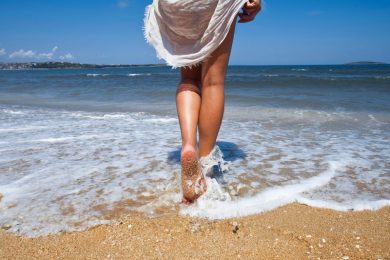 As we are into December I thought it was time to let you know about how the Spanish Property Market has gone in 2013. Obviously this is biased towards the Valencia region with my main catchment area being there through Valencia Property but also with the new project The Spanish Property Network we also have trends and tendencies from the rest of Spain to look at.

You can read lots of doom and gloom in various places about the internal Spanish market and in general you would be right. The lack of finance from the effectively bankrupt banks means that although people want to buy property at the new lower prices there are no mortgages available for them to do so and the Spanish in general depended on mortgages for purchases. Therefore a lot of the bargains that are out there are going to foreign buyers who generally come to Spain without the need for mortgage finance.

However there are interesting trends. The banks are reporting that the properties on their books that are being sold, and they need to sell a lot more, are being sold in the internal market to cash buyers in the majority of cases. In other words there are Spanish buyers with cash. The banks themselves have been selling properties off to investment funds in blocks but this will obviously leave them with the rump of useless, badly located properties that even the investment funds will not pick up needing to be even more heavily discounted (Or even demolished) to move them.

Sales to foreign buyers have increased to a rate that is the highest since 2004. Levels of investment are also rising towards those levels. However there is a difference in the buyers these days. Previously the majority of the buyers were from the UK, Germany, Holland and the Nordic countries. They are still buying but as a lower proportion as  new buyers from Eastern Europe including Russia and the Ukraine, China, Canada and the United States come in.

The new Golden Visa Regulations for purchases over 500,000 Euros is starting to have an effect at the higher end of the market (Read more about it here) especially in the Costa Del Sol/Malaga area and on the Balearic Islands. The main interest in the Valencia region is from investors looking to buy various units to have a portfolio over 500k rather than a single property. This will bring them a return on their investment and allow them to actually earn money while living here. (You can see the whole list of requirements for the Spanish Residency Visa for non residents at the link)

Therefore the new Spanish Residency Visa is expected to have an effect at the top end of the market and the bottom end but it may not effect mid priced properties, 200-300k Euros, as they do not provide a high enough return in many places on money spent for investors.

Spain has anything from 700,000 to 2.3 million properties on the market, the discrepancy explained by the lack of control of building in the past and the lack of a central database capturing all of the information. Also many properties are marketed at different prices by different agents meaning the same property may well be on the market by a huge number of agents skewing the figures.

The majority of the new build stock is badly situated, often badly built and often overpriced as the developer dreams of solving all of their problems by selling to a gullible foreigner ;-). However around 10-30% of them depending on your criteria can be considered a good buy if the price is right because the location is adequate to good. A very few are very good.

Older property varies wildly in style, quality and price. Bargains like the Marbella townhouse pictured above exist in most areas of Spain and you would be well advised to keep an eye out and be ready to move as bargain properties tend to move quickly in the current market. many Spanish sellers are forced to keep their prices high as they have large mortgages on them. This means you may find situations where similar properties are advertised at wildly differing prices just because of how much money is owed to the bank. (See below for an explanation of prices)

In the Valencia region the same thing happened this year as in 2012, sales to foreigners were extremely strong in the first half of the year and weaker in the second half. This is easily explained this year, the regional government (In an absolutely ridiculously idiotic move {Yes I am sitting on the fence}) decided to raise property purchase tax to 10% from a previously already overpriced 8%. This had an immediate effect on buyers who compared the market with other regions where the property purchase tax was lower and decided to buy elsewhere. (Madrid for example is reducing purchase tax to 6% from January 2014 which has virtually stopped sales in the last quarter of 2013 in the city. There will be a huge increase in sales the Madrid area in January 2014 as a result)

The rest of Spain followed a more stable trend with sales to foreign buyers increasing while sales to Spanish buyers kept falling due to the lack of finance. Expect this trend to continue in the next year as many countries’ economies are recovering and people are able to sell their properties in their country of origin to bring their money here to buy.

Exchange rates for the Euro have been falling in general. The year has fluctuated from 1.06 to the pound up to 1.21 Euros to the pound. (Similar fluctuations happened with the US Dollar, Japanese Yen, and other currencies) The tendency is the strengthening of other currencies against the Euro (Although slow and volatile) as the Eurozone struggles with very low interest rates and a lack of economic growth. This again has attracted foreign buyers because as house prices have been falling and the Euro has been falling properties effectively become a lot cheaper for buyers from outside the Eurozone.

As there is volatility in the market it is best if you fix your exchange rate by making a forward order through a currency broker. This means that even if there is volatility your rate is assured. On a purchase of around 200k a 1% fluctuation in the exchange rate between putting down a deposit and completion can make a major difference in how much money you have to transfer. Get in touch with a currency broker here.

Prices of Spanish Property have continued to fall across the board in general. However there are exceptions. Well located properties are selling at asking price very quickly because the general view is that prices will not fall any more. Prices in general are now 35-40% below peak although many bargains are to be found at 50% below peak or with even deeper discounts. (See below for an example of a property with over 50% off the original price, 5 bedroomed semi detached house in La Eliana reduced to 217k from 440k originally.)

In certain areas now prices are starting to rise slightly due to a lack of supply (This is definitely not the case in areas such as Castellón where up to 25% of property remains unsold) but in areas where the property boom was not so pronounced such as Navarra in the Basque Country, Madrid, Extremadura and the Balearic Islands prices are rising slightly. Expect this tendency to happen in more areas (although not all) as prices bottom out.

Mortgages continue to be scarce in the Spanish Market. Banks only tend to finance on their own property and even then they make you jump through a lot of hoops in order to purchase with a mortgage and the mortgage rates are not very attractive as banks struggle to get the finance themselves in order to lend. On their own properties banks are offering mortgages around Euribor plus 2.5%. This may seem attractive with Euribor at historic lows but as the rate is revised every year, as soon as Euribor rises the interest rate on the mortgage could rise enormously. In 2008 the Euribor reached 6%. At current terms that would mean you are paying 8.5% which would stretch even the most elastic pockets. On properties they do not own you will be lucky to be offered a mortgage by most Spanish banks.

Banks also continue to insert illegal contract terms such as collars whereby the rate will not drop below a certain interest rate. Be very careful if getting Spanish banks’ mortgage finance.

International banks however are financing Spanish Property Purchase now. To find out more about both Spanish and International banking options get in touch with a mortgage broker such as Mortgage Direct. After an initial consultation they charge a fee for finding your Spanish Mortgage but they will definitely find you the best deal available.

This year our sales have largely been to people looking for places to live and work from as they can work from anywhere as long as they have broadband internet connection, to those working in the oil industry who spend a month on and a month offshore for example meaning they want to spend their time off in a warm and welcoming place, and people living and working in Spain already who are now ready to purchase after spending some time here as well as the traditional buyers. We also have had people coming over to set up businesses here and looking to take advantage of a different lifestyle to that they experience at home and of course investors looking to get a return on their investments, whether that be in buying and renting out or buying to modernise and sell on.

The Spanish Property Market continues to struggle at an internal level. However international demand is growing and prices are attractive for the foreign buyer looking to buy or invest in Spanish Property as long as they ignore the badly located properties that have no base price.

This will lead to a two tier market, already existent to tell the truth, where places that are attractive to foreign buyers have stabilised in price and will start to see price rises eventually, although not short term. Places that rely on internal Spanish demand: commuter belt towns around cities, inland traditionally Spanish areas or Spanish targetted beach areas for example will continue to fall until some liquidity comes into the mortgage market. That may still be some time away.

If you require any more information or wish to discuss these trends and tendencies with me and for press enquiries get in touch via Twitter @grahunt. We can then set up a Skype call.

If you are looking for property sale sale in Spain then take a look at the new Spanish Property Network which you can see introduced below and for Valencia Property click the link.