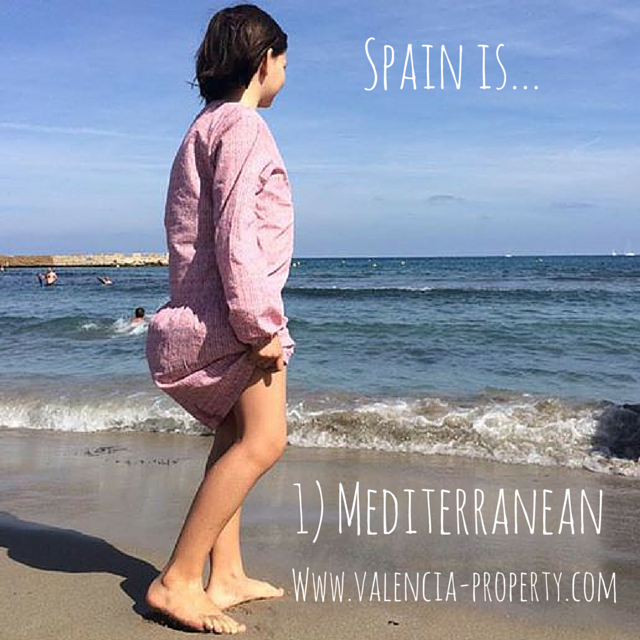 Well, it has happened, the U.S. has got what it feared, what it deserved and what the rest of the World collectively knows as the “are they feckin nuts” option, Donald Trump as the Republican candidate for president. As it is increasingly looking like he will be opposed by Hilary Clinton (Seriously America, we need to talk about this dynasty thing and exchanging jobs within families) you may wish to escape. Just imagine yourselves as living in North Korea and their citizens’ silent desperation to escape to something different and you will understand how the rest of the World views you now, with pity (and some trepidation)

So for all of you good Americans, and there are plenty of you; progressives, liberals, the thinkers, the Seattle coffee drinkers, California beach bums, Savvy New Yorkers and more, let me suggest you think of escaping before your economy implodes just like most of Trump’s businesses and interests do (Trump Steaks anyone? Thought not)

Where should you escape to? Why, “Spain” seems as good a choice as any of course. Let’s just list a few reasons why you might be better off in Spain and, more specifically, Valencia.

1) Guns. In general we don’t have them. You are safer here, much safer. Let’s face it even your toddlers are more dangerous than ISIS as they have shot and killed more of you than any terrorist operation in the last few years. Escape from the death cult of the U.S. toddlers now before they target you.

2) Healthcare. Your country is weird, very weird. You have dyed in the wool southern republicans fighting against Universal healthcare when they are more likely to need it as their struggles with multitasking, specifically chewing gum, breathing and walking at the same time for example, make them much more likely to need primary medical care. Why would you fight against something that helps 99% of the people over the 1% who can afford your hugely expensive medical care. Come to Spain where healthcare is both excellent, free at the point of use and even private provision can be had at a fraction of the cost of the USA.

3) Big Government. We all know that Americans are largely against big govt, individual liberty and all that crap (Libertarians described perfectly this week by John Oliver as “political 6 year olds who haven’t yet learned to share”) Well, come to a country where currently we don’t actually have a government and according to the polls we may not got one in the repeated elections in June either. And even if we do you can be assured that the political system is similar to yours in that the politicians of the major parties are bought by corporate interests and rule in favor of the elites rather than the masses. Nothing to be scared of here.

4) Lifespan. Come to Spain and you will live longer according to all official estimates, largely because we don’t have toddlers shooting at you in nappy clad gangs of course and somebody going on a “spree” still involves shopping or a few extra beers rather than a Luger and two Kalashnikovs. Apart from that though, we have the Mediterranean diet, 320 days of healthy sunshine each year and an active lifestyle meaning you won’t be taking your car to drive one block to get to a McDonalds, you need to walk at least four blocks before finding the devil’s spawn in a bun.

5) Lifestyle. It is said that kids laugh up to a couple of hundred times a day and adults between three and five. Now we know that Donald Trump is attempting to put more laughter on the political agenda to help with this overlooked aspect of a healthy life (“I will build a wall and the Mexicans will pay for it” Yes Donald of course you will and of course they will, now lie down and go to sleep like a good boy) even so, Spain is a happier place because we don’t have this polarization of views. We don’t have a large part of the country who think Mr Lincoln was wrong and hide their inherent racism behind impeccable manners and offers of cold Lemonade on the stoop. The lifestyle in Valencia and Spain is enviable but just think, you don’t need to envy it, you could actually live it.

6) The Wild West. We know you love it, John Wayne, sticking it to the Indians, Clint Eastwood and the Man With No Name. It’s all part of your heritage of course. However, what you may not have known is that the spaghetti westerns you so love were largely filmed in Spain, in Almeria in fact. Come over and relive your heritage because you have so lost it over there.

7) Progressive Thinking. Your country is amazing, it is huge, varied and different. However you can’t deny it has some real backward thinking dumps and seriously scary, fundamentalist evangelical hellholes, I am thinking Kentucky, Alabama, Mississippi, most of the ageing population of Florida and virtually 90% of the PGA tour members memorably described by Marina Hyde in the Guardian as “tedious evangelical shitehawks, almost to a man“. You won’t find anything akin to that here. The relics of religious fundamentalism, the Opus Dei, and believe me Spain had it, it had it bad, are laughed at as they wander around with their hair shirts on, whipping themselves in their bedrooms and cursing Dan Brown. Even the most religious of festivals, Fallas in Valencia and Holy Week in Seville are little more than excuses for beer companies to sell a hell of a lot more of their wares as fireworks explode around the penitents.

8) The Dollar. Your money is worth a lot more than it used to be against our lovely little Euro. And that means you can live just a little bit more and enjoy what the country and even the continent has to offer. The majority of the Americans living here that I know spend their time travelling within the country from fiesta to fiesta, to visiting awesome natural beauty, to reaching out (we know you like that term) to other countries in Europe all of which you can get to in a quick two and a half hour flight for less than the price of a doctor’s visit in the USA. In other words they live more for less and, best of all, they don’t have to worry about toddlers with guns in any of those countries. The truth is, once the blinkers are off and you look around you you may actually realize that universal healthcare, social policies for the good of the majority and the ability to walk down the street without becoming part of a major news story are actually beneficial to both your physical and mental health and of course your wallet (pocketbook?) Check out the prices of property in the third biggest city in Spain, Valencia and compare it with somewhere similar, let’s say San Francisco for example. You may be very pleasantly shocked.

So there you have it, a slightly irreverent look at what awaits you when you flee as a political refugee from the Trumpführer to a more relaxed and accepting culture that believes in freedom without 1% of the 1% owning 50% of everything. A culture that believes in chilling out and working to have a lifestyle rather than living to please our corporate masters and do their bidding with just a couple of weeks a year to escape the rat race (when you do 15 countries in 14 days and say you have “done Europe”). A place that believes that it is perfectly feasible and right to have a two hour lunch followed by a quick kip in the middle of the day. Come and join us. Contact us even if it is just to laugh at Trump with your own terrified gallows humour (not humor)