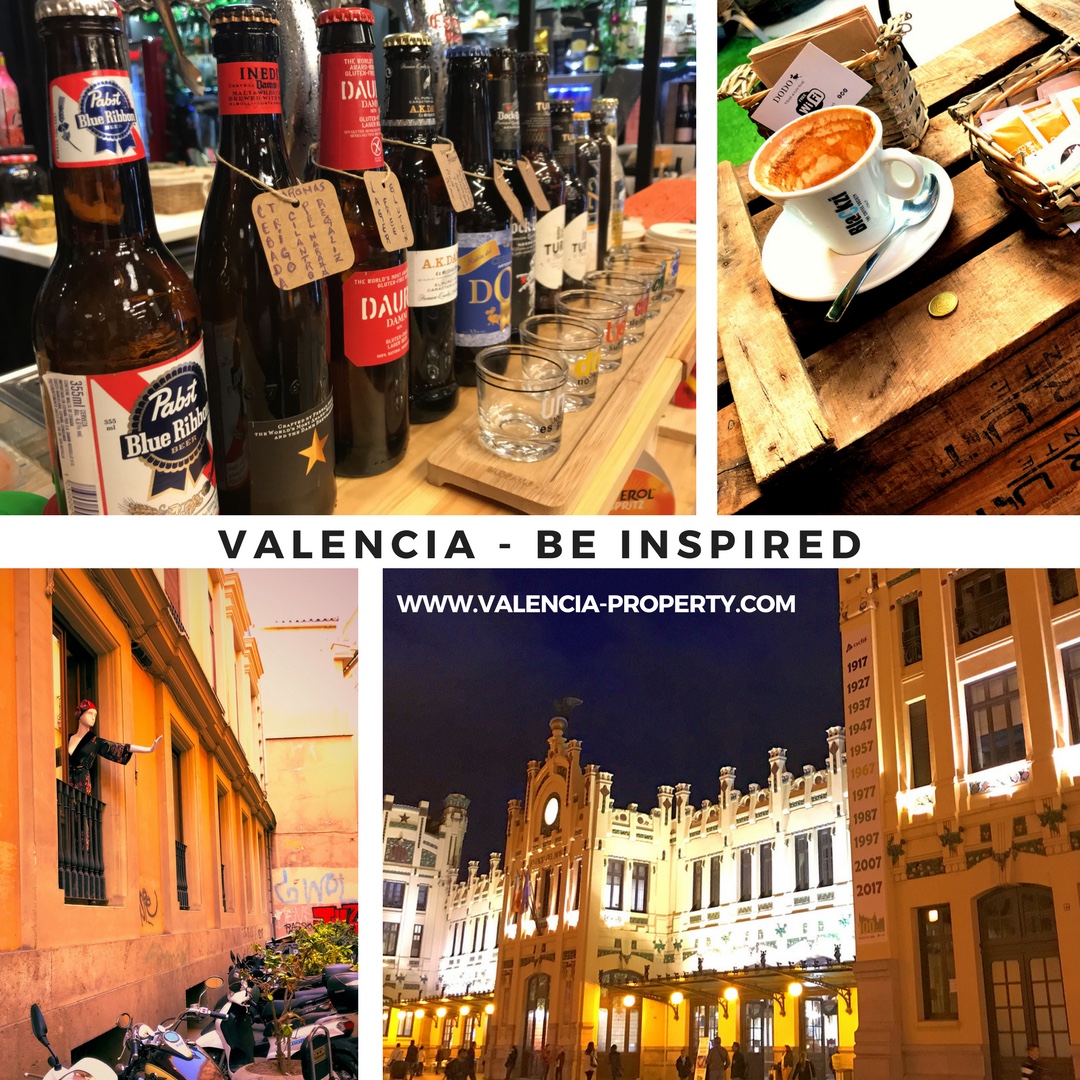 Valencia is quite lucky in that it is a relatively stable part of the world with an enviable climate, excellent communications and a very high quality of life index. We have talked recently here of why Valencia is the right place at the right time and today it is time to concentrate on one very relevant aspect of that stability.

It’s not true to say that we wake up every day thinking that thank goodness we live in the best place in the world, nobody can be disconnected totally these days and yes, we all wake up and just check our phones to make sure that the Orange Wotsit with the red tie has not started WW3 overnight. However once we are past our morning horror show of Trump’s tweets and actions we realise how lucky we are to be far away from the blathering idiot.

However, every day we are reminded of what is going on in the World by the make up of our clients. Over the years it has changed from mostly Brits looking for an easier, warmer life and early retirees from northern Europe to a huge mix of nationalities, ages and reasons for being here. However in the last couple of years the numbers of people wanting to settle in Valencia has grown exponentially due to three major factors that effect the way people look at life. “When the lunatics take over the asylum maybe it’s time to find another asylum to live in”.

We have talked about Brexit here before (and here about who is coming to live in Valencia and in what numbers) but we need to update you. Brexit is proving to be an absolute clusterf*ck (Pardon my French) as I stated well over a year ago in that article. Britain has returned to being the sick man of Europe in terms of the economy lagging behind Europe as it did in the 70s before joining the EU. Many British businesses are no longer British businesses, they are now Irish, Dutch, French and even Spanish and some of them are Valencian. The Remainers are finding a wonderful place to live outside the basketcase echo chamber of nutters that control the government and media in the UK and seen from outside most people just roll their eyes and ta the side of their heads as the UK’s reputation for thought, consideration and shrewd thinking get sullied and dragged through the mud by every statement coming out of the Maybot or that idiot foreign secretary Johnson.

But let us not worry, the sane brain drain continues from the UK to the rest of Europe and those settling in Valencia are finding a wonderful new place to live and a rather well priced and stunning lifestyle. Brexit was and continues to be good for Valencia.

It has been a year and on the positive side of the Trump presidency we haven’t yet been dragged into a third world war by a 4am tweet emanating from his small thumbs. Americans didn’t used to have Valencia on the radar but the Trumpocalypse and another major factor, climate change, are changing that knowledge. What happened then? Firstly, climate change is getting worse and this means that California had a huge drought followed by wildfires and floods and Florida keeps getting pounded by ever larger hurricanes and its low lying areas, ie most of it, keep getting flooded.

As if Trump wasn’t bad enough, the risks of living in the Sunshine State, and in reality the two places with a climate that previously rivalled the Mediterranean for warmth and comfort, have meant that Americans are looking for safer options where they don’t have to put up with Hurricane Irma occasionally or Hurricane Donald every day.

There is a housing boom in Panama, Buenos Aires and Medellin and Bogata in Columbia totally financed by Americans escaping the Trumpfuhrer. Americans don’t fuel the boom in Valencia but you now hear American accents in Ruzafa, The Carmen and Cabanyal in the city (I even talked to an American friend and client yesterday who had just bought a house in Nazaret for a ridiculously cheap price)

And Now The Catalan Refugees

Not put off by Brexit, Catalan politicians decided to tell their mates to hold their coat while they made an effort to head full pelt into a blind alley with no idea of where their destination was except running head first into a brick wall. The push to get independence from Spain has many merits but none of them are exemplified by the corrupt bunch of chancers running the Independence campaign in Catalunya (And the reaction of the Spanish government has exacerbated the situation greatly).

It seems they haven’t taken any notice of the rush to leave the UK after the Brexit vote and so suddenly they are surprised when over 2000 companies have either moved headquarters out of Catalunya or directly moved jobs out of the region in the last month. This is reflected in enquiries and visits by individuals and companies looking for places to live and bases for their offices in Valencia. They all want to stay in the EU and Catalan secession threatens that status just like Brexit does for UK citizens.

What this means of course is a greater demand for property and prices being pushed up. As mentioned recently we can navigate you through this property market that is heating up more and more. We can find you your ideal place in an ideal situation where you need not worry so much about Brexit, Trump or Catalunya or whatever else may happen next in our hypernormalised world.

Come and join us in Valencia.

You can see all of our properties on our homepage here.