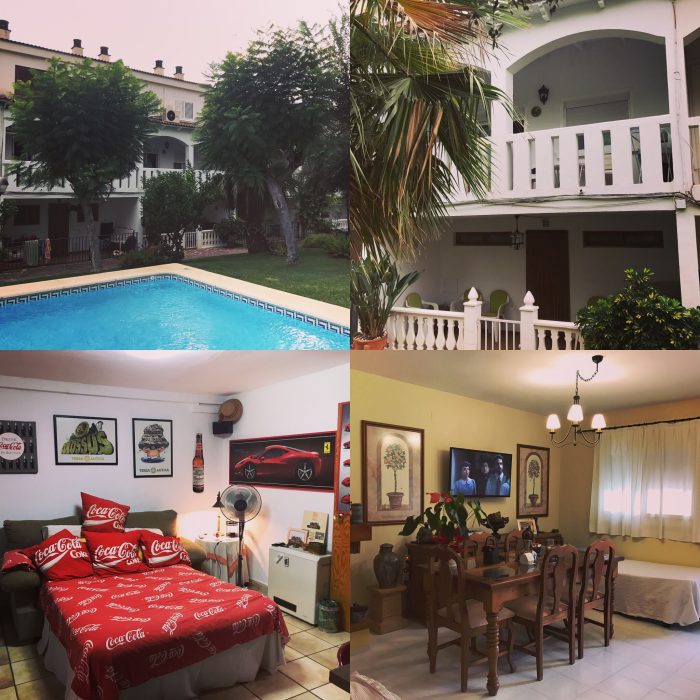 If you spend your time looking at the media you would think that the World is getting more and more dangerous and full of nutters. The truth funnily enough is the opposite. Despite appearances the World has never been safer, but don’t let facts get in the way of a good scare story, the media and political parties love to keep you scared. However, if you have to suffer Trump, Brexit Nutters (Brextremists? Brexitaniacs?), Independence Pushes, Civil Wars and economic breakdown directly then you may disagree vehemently.

There are certainly many countries having problems at the moment and Spain is benefitting from problems elsewhere both perceived and actual. As previously stated on this blog we get refugees from many countries including places where you don’t associate refugees such as the UK and the USA.

Firstly though, the background of why Spain benefits. A few years ago Spain put in place the Golden Visa to attract foreign, non-EU, residents into the country. The limit for getting your Golden Visa was set at a 500,000 Euros investment initially in property or more in the case of government bonds.

To start with it was an unmitigated disaster, just 87 visas granted in the first six months. This was because it was unclear if the investment was for each member of a family and whether it had to be in just one property and also the time period to do everything that was supposed to be automatic took forever etc… However, the update of the law made it clear that dependent relatives and family were included in the deal, you could spread your investment over various properties and also you could work here, and this was the clincher because in the initial law, although you could live here you had no right to work, meaning many people couldn’t take advantage of the law, they needed an income of course. Allied to the Entrepreneur’s Visa now the options look good for people wanting to get out of some scary situations around the World.

So how is Valencia benefitting from the problems in the World, perceived or otherwise? Which countries are providing flows of new immigrants coming into Spain and why? The UK, The US and Catalunya have been pointed out here.

Record numbers of tourists visited Spain in 2014, then 2015 and 2016 and those numbers have been knocked out of the ballpark by the 2017 figures even though the year has not yet ended. Spain has benefitted from problems in Egypt, Tunisia, Morocco, Greece and its Islands and Cyprus (The 2014 banking crash and haircut for investors included). Equally tensions between Russia and Ukraine have meant the Black Sea is out of bounds for many Russians so they are discovering the Mediterranean coast.

The weakening of the Euro against a basket of currencies over the last few years has meant an increase in tourism and investment from countries that don’t have the Euro such as Sweden, Switzerland and the United States. This is true at a personal and institutional level. (It was also true before Brexit as the pound went up partially.) Also there has been a huge increase in investment from Russia despite the precipitous fall of the Rouble against all currencies as capital flight from Putin is huge.

The Arab Spring was a movement to get more democracy into certain Arab countries, North Africa, Egypt and Iran among others. Despite the hopes and expectations of the people it mostly caused a worsening situation in those countries after the dictators were thrown out, replaced or killed and in Iran’s case a crackdown on social media ensued. The vacuum in power that was left was mostly filled by chaos. Libya, for example, now is an absolute mess and we are seeing a large number of enquiries from Libyans desperate to get their families and money out of the country.

Oil prices being so low and falling means that many cash rich oil and drilling workers and engineers have been laid off and they are looking at safe havens for themselves that offer safety and good value for money. As they are mostly paid in dollars and the dollar is so strong against the Euro we are seeing many of them resettling in Spain at least temporarily.

The low oil price has also meant that petrol and transport costs have fallen meaning people driving in Spain see it as cheaper and also the transport sector has reduced its costs making it more competitive economically too at a European level.

Attacks in France, Tunisia, Egypt and Turkey meant that Spain was perceived as a safer haven than certain other countries. As expected Spain was a target for the terrorists the same as other countries and the attack in Barcelona earlier this year was not surprising. So far the Spanish police are doing a good job managing to thwart other supposed planned attacks.

There are political problems in many areas and insecurity in those countries with political problems is forcing many people to leave. Prime areas where people are coming from into Spain because of this over the last few years have been South Africa, Egypt, Venezuela and the United States. (Believe it or not we have many clients from the United States because they do not feel safe in their country or are sickened by the reactionary politics of certain sectors and nutjobs like Donald Trump getting power.)

South Africa is getting more and more dangerous and the value of the Rand is falling massively. The difficulty for many South Africans is actually disinvesting in the country and if they manage it to then get their funds out of the country.

Spain has had an inept and immensely corrupt government and we recently had a full year without any government at all when things actually worked better. On the streets, Spain’s crime figures are low and getting lower and the perception is that you are safe outside in Spain even late at night.

Spain is in a good position to continue benefitting from unfortunate problems elsewhere, it continues to be a great place to live and also a relatively cheap place to live with a great quality of life and a perception of safety. Until any of those factors change Spain will continue to do well from all the problems in the World.

And Valencia? Well, it is much much cheaper than Madrid and Barcelona. It’s the third biggest city in Spain, it has great communications to the rest of Spain and Europe and the quality of life is excellent. Life is good, the climate is great, the people are friendly, there is a manageable international community and we are not totally overrun by tourists (** Barcelona **). The beach is wonderful, the countryside is awesome, there are mountains with snow an hour and a bit away, cafe society is fantastic and the choice in terms of restaurants is unbelievable and eclectic.

The only thing we ask you is when are you coming to join us.

Contact us and let us help you escape too.