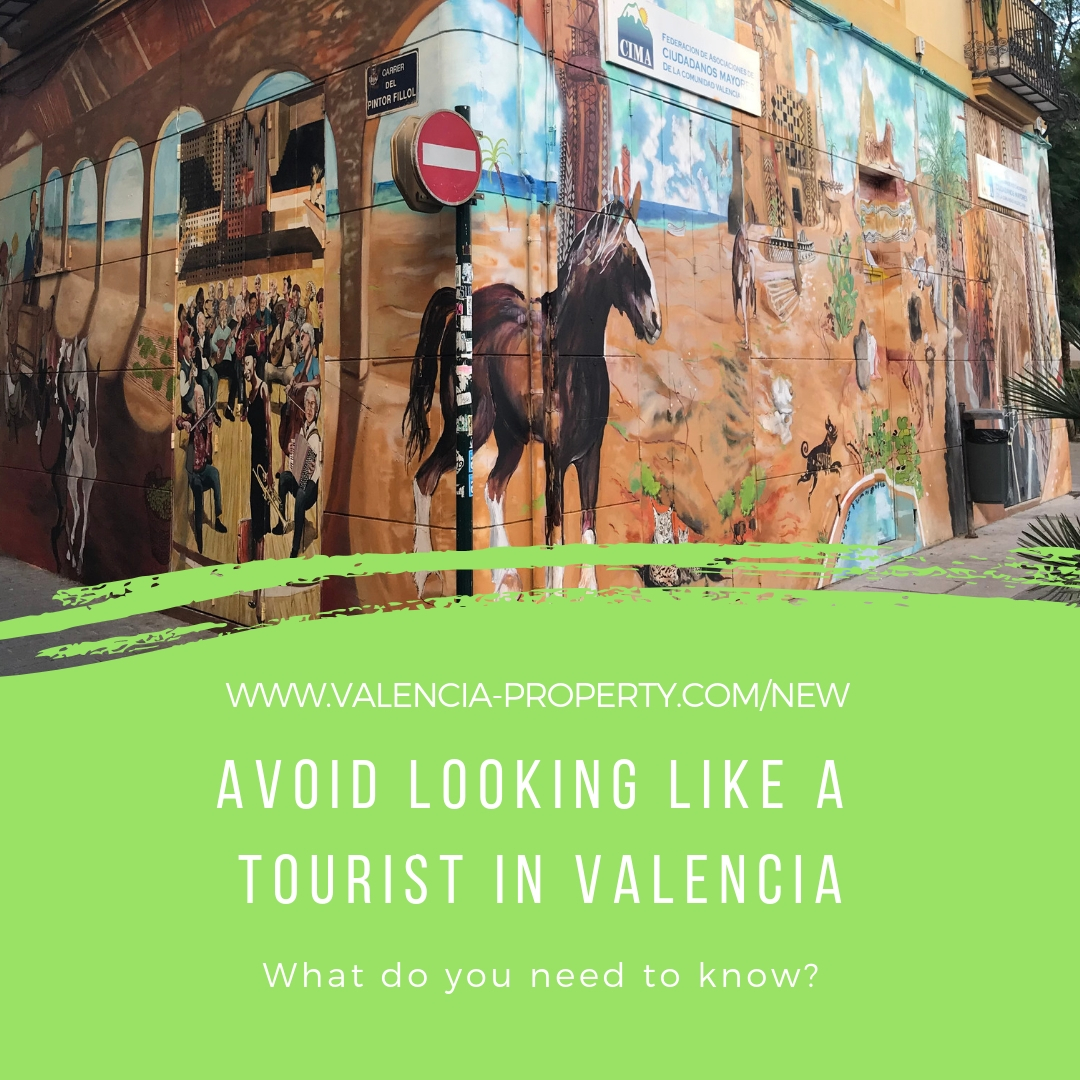 You come to Valencia and buy your Valencia Property whether as a permanent residence or a holiday home. You spend time here but in your own mind you still don’t seem to fit in maybe. We know why! It’s because you are not doing what the locals do. You are still treating your new home as if it’s a holiday home.

Today therefore we bring you our guide on how to avoid being seen as a tourist in Valencia (even if you are). In other words places you should avoid like the plague and places that are better to go and the locals know it, or ways of acting that make you look more like a local even if, like me, you are walking around in autumn and spring with shorts and sandals on (No socks of course) and that’s a giveaway because the coats come out in Autumn even if it’s still 30 degrees.

1. Don’t go to Starbucks. For really shit coffee that isn’t really coffee but more a sickly mixture of sugar and milky foam just like that in Starbucks then any of the hipster bars in Ruzafa will do. Better coffee can be found at any of the greasy spoon cafes around the city

2. Avoid the La Más Bonita beach bar on the Patacona. Don’t get me wrong, it’s really nice and was a trendsetter in its day, but because it was so good it got loads of good Trip Advisor reviews and so now is ultra crowded with tourists. Walk a little to the end of the beach and go to Patasur beach bar or El Ocho. Both excellent places with lovely shade and music where you will find the cool kids 😉

3. Don’t go into the central market with a camera or following somebody with an umbrella (that’s the giveaway for a tourist group, who needs an umbrella in Valencia in general!) Go with one of those trolley bags with wheels so beloved of everyone in Spain over 70. Not only is it bottomless and can carry everything in it but it can also be used as a weapon against the ankles of tourists taking pictures in the middle of the aisle separating the lovely fruit and vegetable stalls.

4. Don’t go INSIDE the City of Arts and Sciences science museum, everybody local knows that the best things happen outside and the best pictures too. The science museum itself is a bit “meh”. The buildings are stunning and even better when lit up at night (which doesn’t always happen)

5. We have a Hard Rock Cafe! You may as well get gullible tourist tattooed on your forehead before buying the branded T-Shirt. For equally bad food (because that is what it is) go to Fosters Hollywood. It’s truly awful but most tourists will avoid it

6. Make sure you catch your fast train to Madrid by going to the actual ugly AVE station at Joaquin Sorrolla rather than the rather beautiful photogenic Estación del Norte from where you will miss your train for two reasons, one you will be taking photos and two, the trains to Madrid don’t go from there.

7. Avoid the open top tourist bus with its sooooooo out of date commentary including the rather wonderful and surreal “and here is Valencia’s new football ground where they will be playing the Europa league final in 2012” (or something like that) Instead get a bono travel ticket for the day for the local buses and use the 2, 19 etc… It costs less and the conversations you hear will be more likely to contain a grain of truth than the translated tourist bus guff.

8. Don’t eat paella at night. And don’t eat it around the town hall square. If you see it arriving on a plate rather than in a paella dish then it is likely to be reheated tourist targetted stuff with shellfish rather than real Valencian paella with rabbit, chicken, white and green beans and maybe a smattering of snails. But the big thing is paella is a dish best eaten at midday. It is a staple of menus of the day.

9. Get a Valenbisi pass if you can. Tourists use the array of bike hire places because only locals get to use the Valencbisi in theory. Or even download the Muving app and get yourself a scooter. It’s a great way to get around the city if you are confident about negotiating Valencia’s city streets and you can just leave them anywhere you like.

10. Don’t go down to the Patacona to eat at the restaurants at night, even though many are excellent, the locals are having their picnics on the promenade wall looking at you queueing at the restaurants while enjoying spreading out with the wall as their table and the beach as their seats. Reserve your bit of the wall by eight and remember to clear up your mess when you leave.

11. And we have an eleventh via Maya who let’s say is not a fan of the local beverage.

What else would you say makes you stand out like a tourist in Valencia and how can you avoid it? Tell us and we can add it to the post.

Also, if you liked this then read some of our other articles by clicking on the images below.