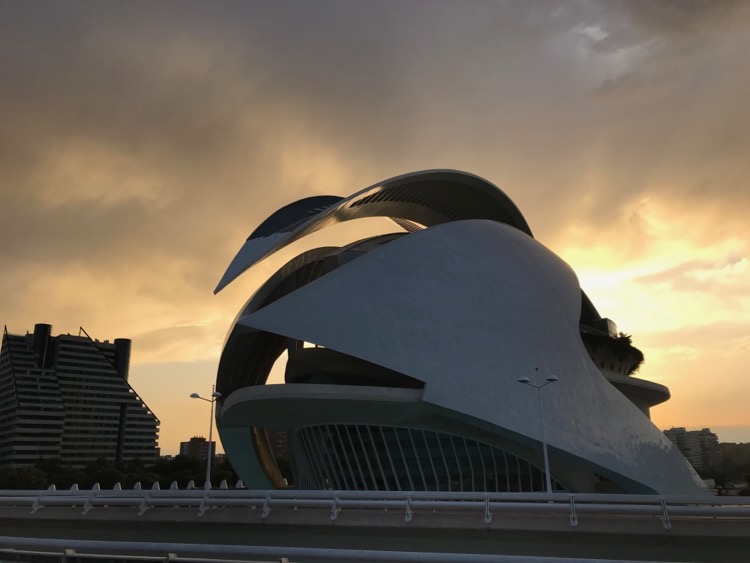 Welcome back to the second part of our guide to Valencia’s 19 districts. In the first part here we looked at the central districts and in this part we are looking at some of the more peripheral areas to the south of the city (Some of which you will find are dismissed quite brusquely) before finishing off with the northern periphery of the city in part three and then looking at the areas outside the city but near the edge in part four.

7) L’Olivereta – Not to be confused with Monteolivete, a part of number 10, L’Olivereta is comprised of five areas, Soternes, Nou Moles, Tres Forques, Fuensanta and La Llum. These are areas traditionally totally ignored by anyone looking to buy a property in Valencia but with the advent of the riverbed park and the opening of the Parque de Cabecera to the north, Nou Moles especially is becoming more and more popular and now people are discovering Soternes too. The fact that the metro runs through this area from the airport into the centre of the city gives it easy accessibility and makes it easy to get around the rest of the city too.

Nou Moles tends to have medium rise buildings built in the 50’s and 60’s without any real remarkable qualities. The first part of the riverbed park marks its northern part and to the west you have the old prison which is now the City of Administration where civil servants ply their trade sorting out all the business for the city. It’s basically a residential area where prices are a lot lower than in more central areas of the city without giving up that feeling of a city.

Soternes has the Valencian History Museum. Opened in 2003 in a 19th-century underground reservoir, this museum traces the history of Valencia. Officially the address is in Mislata which is to the north west of Soternes and backs onto the Parque de Cabecera but Mislata is usually treated as a separate entity from Valencia. There are plenty of property opportunities in this area though at a decent price.

Tres Forques has the large Parque del Oeste at the start and a lot of schools in its heart. La Llum is to the south of Avenida del Cid and is where you can find extremely cheap property in ugly blocks built in the 50’s. Finally, Fuensanta is best known for the University Hospital. None of these three areas have any real attraction for purchasing property in these areas except for buy to let.

8) The eighth district is Patraix and again is comprised of five areas: Patraix itself, Sant Isidre, Vara de Quart, Safranar and Favara. Forget Vara de Quart by the way. It’s an area of warehouses, car repair places and showrooms hemmed in by the motorway and you can say roughly the same for Sant Isidre. Favara is mostly full of hospitals so it’s good if you are buying property to rent out to doctors and health service workers. Safranar and Patraix itself are more residential and Patraix, being closer to the city centre is becoming popular due to its proximity, reasonable prices and good quality property available. On the edge of Patraix it is bordered by Jesus and the Mercado de Jesus is the start of Patraix. Being largely residential Patraix is full of coffee shops, smaller supermarkets and other amenities whilst being a 15 to 20 minute walk to the centre.

9) Jesus – The district of Jesus comprises five areas: La Raiosa, L’Hort de Senabre, La Creu Cubierta, San Marcelino and Cami Real. Again for our purposes we will only look at the first four areas as the latter is mostly waste ground, transport hubs, motorways and cemeteries.

La Raiosa is the closest to the centre and is popular again due to its proximity to the centre, its facilities and the price of the property. It will eventually be on the western edge of the expanded Central Park and currently lies to the side of the Railway Station for the AVE trains to Madrid. This area houses Tráfico too so when you have to change your driving licence to a Spanish one this is where you do it.

L’Hort de Senabre borders La Raiosa and Patraix. Again it is largely residential and property varies in quality and price. Again, many professionals in the health services live in this area due to the nearby hospitals. Creu Cubierta is similar in feel but cheaper in price and looks a bit dilapidated largely as it is mostly a through road into Valencia from towns to the south of the city. The only interesting thing about the area is the covered cross itself, one of various in and around Valencia.

San Marcelino is a bit out on a limb, surrounded by Cami Real and the Avenida de Tres Cruces. It does however have the new Espai La Rambleta arts centre next to the Rambleta Park. A quiet area with its own community feel but as stated a bit out of the way. (A previous version of this article stated it was like Cami Real but I was wrong.)

10) Quatre Carreras – Quatre Carreras is made up of some very interesting areas for our purposes including the City of Arts and Sciences, Monteolivete, En Corts and Malilla. The latter three border Ensanche and Ruzafa along with the new Central Park. Malilla for example will house some of the extended Central Park in the future. It also extends down to and past the new La Fe General Hospital and it is in this area of Expansion that many of the new developments currently being built in Valencia can be found. Malilla is now a very pleasant walk through the Central Park to the centre of the city.

En Corts is a more rough and ready version of Ruzafa with prices to match, well below its more well known neighbour. Monteolivete not only borders Ruzafa and Ensanche to the north but also the City of Arts and Sciences and the riverbed park to the East so it is just about perfectly situated in the city to have everything to hand whilst also living in an affordable and attractive area (Yes! We highly recommend Monteolivete) Among the attractions of Monteolivete are the Fallas Museum, a wonderful visit for an hour or so to see the Fallas models rescued from the flames every year.

The areas around the City of Arts and Sciences itself are much more modern in feel. High rise buildings, many with terraces overlooking the CAC itself, with shared pools, gyms and gardens, you can find modern open plan living in this area much more easily than in others and you have shopping centres and Malls as opposed to smaller shops. It comes with a price though and the better the views towards the CAC, the bigger the terrace and the higher the floor the higher the price. After all, it’s worth paying for a decent view.

In the next instalment we will finish off the city limits by looking at the beach area of Valencia and the northern suburbs. Finally we will look outside the city in areas still considered to be a part of the 19 districts. We hope you are enjoying this series and if you are please share in your social media channels. Also remember that if you have suggestions, disagree about our conclusions about each area or want to add something just send us a mail and we will look to include your suggestions. You might also like to read other articles we have written about the city by clicking on the links contained in the above article or on the images below. and if it’s property you are interested in then take a look at our homepage for Valencia Property. Thanks for your interest.