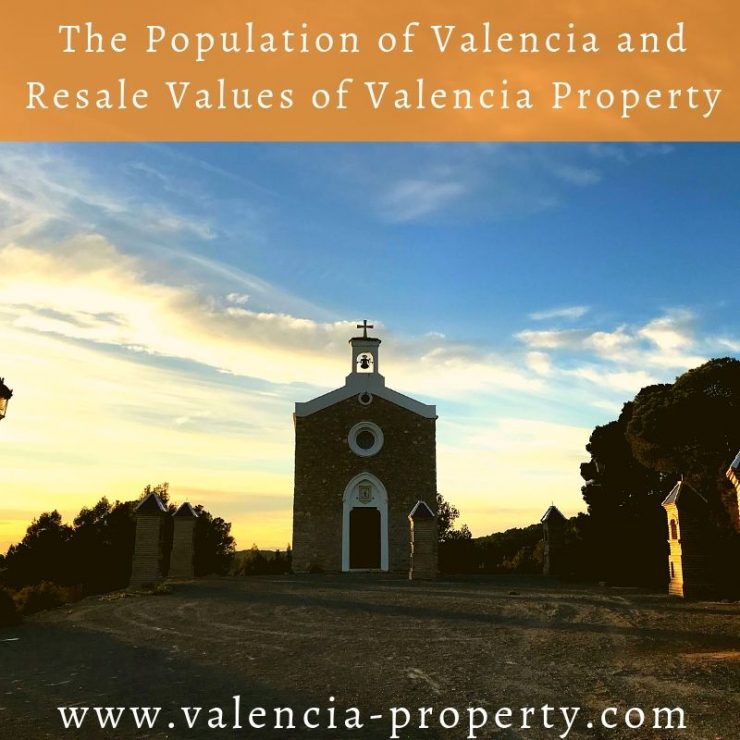 Demand almost always dictates price on property of course. Owners sometimes think they dictate market values because they have painted their door a nice shade of blue but we know better.

Why are we pointing this out? Well, it’s because we sometimes get clients asking the question, “what happens when I come to sell further down the line?” The answer to this of course is a shrug because we are not fortune tellers. However, we can make an educated guess and now some interesting figures have appeared movements of population within Spain and the figures for Valencia make interesting reading.

Firstly, the basics and the generalizations;

1) The bigger the population centre the more people are attracted

4) The further away you get from the main city the higher the percentage of depopulation and the older the average age of the inhabitants.

A report in one of the local papers today put these generalisations into context.

The map covers the whole of Spain of course but it drills down into the figures for the Valencian Community as a whole and when we look at the figures we can see that the broad generalisations hold true.

In the list of towns that have lost more than 25% of their population since the year 2000 you cannot find a large town. Only one of them counted over 1000 people in the town in the year 2000 and that is Chelva with 2105. The reduction there means that last year there were just 1498 inhabitants. The reasons for this reduction are various but primarily the base of the economy is agriculture and young people are moving away from agriculture. Also though, we must bear in mind the lack of any other type of work there so young people move away looking for jobs, especially after finishing university when they don’t return to the village. In 2018 Chelva was named as one of the seven wonders of rural Spain (after a local campaign) as they tried to increase the rural tourism income of the town. However, there is one other constant with most of the towns in the list, they lie nearly an hour or more away from the biggest population centres meaning they are not easily commutable.

In the list of towns that have grown by more than 75% over the last 18 years we have many towns that are within half an hour of Valencia such as Naquera, Gilet, Olocau, San Antonio de Benageber and La Pobla de Vallbona (where I live). The CV35 corridor features strongly here or the “Ruta del Adosado” (taking its cue from the better known 80s music phenomena known as the Ruta del Bacalao). The biggest percentage increases in population are due to large construction projects increasing the size of the towns. This is true both on the CV35 corridor and also the beach resorts of Canet and Guardamar de la Safor. And why did the construction projects exist? Demand, of course.

In many cases the towns are within easy reach of the city of Valencia, a quick twenty minute drive into the city meaning that people can actually live there and commute to work. The trend continues to this day with the towns continuing to grow in size and their facilities and popularity growing as a result.

The population of Valencia region within the Comunitat Valenciana (Remember the Valencia region is composed of Valencia, Alicante and Castellón) has grown by 682,000 inhabitants to reach over 4 million people now, a rise of 20.1% in 18 years. Of the 98 municipalities with more than 10,000 people in the Valencian Community only six have shrunk in size in the last eighteen years, most of which are further away from Valencia although Quart de Poblet lies on the edge of the city.

Back to the original question then. “What happens when I come to sell further down the line?“. The first thing to bear in mind is that when you buy a property you usually want what a lot of other people want, location, facilities, something special about the property and value for money. If you originally bought using this criteria, then you have a greater chance of selling when the time comes as long as the property maintains those characteristics.

However, sometimes people buy for other reasons, a spectacular view, solitude, proximity to schools, family reasons or a whole slew of other reasons. Now some of these make a property desirable for many people but others don’t. If you bought for reasons of solitude, don’t expect many other people to want to buy it off you. As we can see above, the smaller the population centre the fewer people want to be there. People don’t usually buy for solitude in a big city and an in demand location!

Thus, your purchase needs to be informed by these factors if you are expecting to be able to sell the property easily in the future. If you buy in a prime location there is always demand to buy that property off you. And a prime location in an in-demand town gives you a much greater chance of selling the property when you decide to trade up, trade down or move on.

Back to the issue of painting your door a lovely shade of blue. You can always make your property better, make it impressive, give it the wow factor and more. However, if there is little demand in that area or if a property is one of many that look the same, are the same size and are replicated all around then you have little chance of selling it at a premium or quickly and sometimes not at all.

In order for your property to be worth its maximum value when you come to sell then you need to buy well initially. At Valencia Property we help you to do that. We look at the local demographics, we look at the local markets and the demand for property in that area, we check out local availability for you and we advise you in the best way we can.

You can see that through all of our blog posts but even more than that you can see it through the properties on the site. We don’t put everything we are offered on the site, we reject a lot of properties because in the end we work for you, the buyer, our client, and we want you to have the best possible choice.

Despite Falling Population Where Do You Recommend?

There are areas which are suffering from a reduction in population that we still recommend due to their outstanding natural beauty. Chulilla is one of those places. It’s gorgeous. It’s 62km to Valencia and generally takes about 50 minutes by car. As stated above this is too far for commuting for most people. However, Chulilla has a couple of big advantages, it’s gorgeous as we have just said, it’s a tourism hub due to climbing, trekking and mountain biking and property is cheap so even if you sell down the line and there is less demand you still don’t lose much.

Serra is another place we recommend. It’s true that the population has risen since the year 2000 by over 1000 people. However, it has dropped by over 260 in the last five years. Serra is divided into two distinct areas, the town in the mountains north of Naquera and the estate of Portacoeli in the Turia valley. The town itself is lovely if very steep. Lots of excellent townhouses with terraces, cheap apartments and old palaces. Portacoeli is a gated estate with superb facilities and a fantastic sports centre and social club.

That’s it for now, if you want to know more about demographic trends in and around Valencia just ask us. And to read more about Chulilla and other aspects of Valencia just click on the images below.