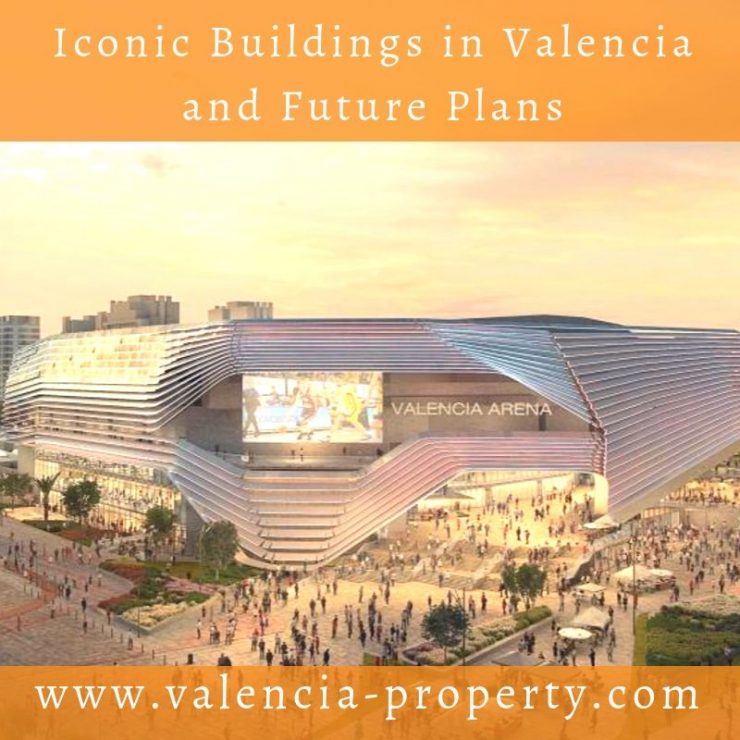 As we have written before in these pages, Valencia is not huge. You are never far away from the centre wherever you are. With a population of 750,000 in that area and a million adding in a couple of the periphery areas that means that Valencia should be pretty full right? Well, not exactly.

The growth of Valencia has been upwards rather than outwards over the years. It’s true that prior to the financial crash of 2008 Valencia’s growth was threatening the “Huerta” that surrounds the city (The Huerta is the Green Belt surrounding the city which is full of almond and orange groves, artichoke fields, onions, tiger nuts and even rice.) Luckily, and I say this advisedly knowing how badly it affected many people, Valencia managed to retain its character possibly because of the crisis as greater protections were put in place for the Huerta by the new government and it is not now threatened in the same way as it was previously by the extremely corrupt PP governing party (They would have dug up the whole of it for a few backhanders from their mates in construction)

Valencia was seen as the home of the big and largely pointless project, the Formula One Circuit, the still non existent Porxinos Valencia football training grounds in Ribarroja, the unfinished Nou Mestalla football ground and even Calatrava’s City of Arts and Sciences. All of these projects were driven by hubris, delusions of grandeur and not least bribes and favours paid to politicians.

We now have new plans which will give Valencia even more iconic buildings but this time it looks like there is a bit more thought going into the projects and they are in areas of the city where the development might well help those areas be in much more demand, releasing the pressure of demand on the traditional areas of El Carmen, Ensanche, Ruzafa and the Cabanyal where because of planning restrictions there is no room for real growth of the population.

So today let’s look at some of the new projects coming up for Valencia:

And later we give you a look at the current iconic buildings that are already in place in Valencia. Are there any more you would suggest?

The Valencia Arena will be the new home for Valencia’s successful basketball team and a multiuse centre with a capacity for 18600 spectators for concerts and 16800 for basketball. The project includes an arts centre and school along with parks and gardens. Unusually the money for this project comes from a single person, he’s a bit rich, Juan Roig the head of the Mercadona Empire. He is from Valencia and wants the city to have a facility sadly lacking currently, a place for large concerts and events. The estimated cost is around 220m Euros so next time you go into a Mercadona in the city just remind yourself that you are helping to create this huge arena with your purchase of pizza and own brand products from Hacendado.

Currently La Fonteta de San Luis is an area that is very underdeveloped in Valencia but this project along with the other building projects in the area and the proximity of the City of Arts and Sciences and the El Saler shopping centre will make this a much more attractive area to live in Valencia. It is also right on the edge of the city limits and therefore there will be no extension across Calle Antonio Ferrandiz meaning the Huerta remains in place on the other side of the road.

The Ciutat de Deporte promoted by Levante Football Club will be situated in an abandoned area of Nazaret backing onto the commercial container port of Valencia. The project was approved last year and work is starting soon on the access roads with the idea being that the project is finished sometime in 2021.

As we have mentioned before, the area of Nazaret is somewhat cut off from the rest of the city currently and there is hope that this project along with the extension and finishing off of the metro line from Nazaret via the City of Arts and Sciences and Ruzafa to the Central Market will help to make Nazaret more of an area to live in than it is currently considered.

Urban regeneration projects like this should help to bring a social aspect to the area too as the Ciudad de Deporte accommodates public areas and conference facilities along with all of the sports facilities. Levante football club see themselves as the “People’s Club” of Valencia and these facilities are likely to be used by their supporters as well as being the new hub for the club’s teams, they currently train out in Buñol. Take a look at the video below for what the complex is going to look like.

The second phase of Valencia’s Central Park should start building next year, I said should start…

Now the fact is that even if it does start next year the project is so huge that the estimated time to finish if off is 15 years with a current cost estimate of 3.1 billion Euros, a small matter! The digging of the tunnel for all of the train lines that currently come into the park may take eight years alone so it’s not a project that gets a local government any electoral advantage so they probably will put it off over and over.

The Park when finished includes four skyscrapers in the plan, which will help to offset the cost somewhat, with Central and Regional Government underwriting the majority of the rest of the cost. However, it is not sure that there aren’t legal and political challenges to this project so expect this project to take a bit more time yet, after all, the first phase took the small matter of 34 years to complete!

One of the previous government’s huge mistakes was the Formula One city circuit, the 300 million cost will be paid off over the next few decades by the residents of Valencia in the form of part of their local taxes being taken to pay the loss. The area of the Formula One track is now mostly abandoned and for years there have been arguments over what to do with the land. The final plan was approved last year by the local government although the Mayor Joan Ribó has asked for certain changes which are currently being planned. The project includes a huge park and 20 skyscrapers (see below).

One of the issues with the Grao project is similar to the Central Park project in that it requires some railway lines to be placed underground. This costs a lot so the proposed solution is that there will be ramps and elevated walkways to enter the area from the City of Arts and Sciences side. This would probably mean that visually it still seems cut off from the area to the west but it could be a neat solution to the problem for a lot cheaper price.

The twenty residential towers contemplated in the plan would mean that there is a lot of green space allowed making the Turia Gardens park even more huge than it already is. Potentially construction is due to start in the next couple of years.

Valencia’s tallest buildings at the moment are the Melia Hotel at the North West Entrance to the city on the Pista de Ademuz and the Torre De Francia by the riverbed park. The Torre Ikon will sit opposite the Melia hotel and will be two metres taller apparently. Designed by Ricardo Bofill, it includes a penthouse priced at a cool 2 million Euros, a small price to pay to be the highest flat in Valencia you might say (I wouldn’t) It’s the white building in the image below.

Work has already started on the foundations and over the next two years the Avenida de Los Cortes Valencianos will be dominated by the construction of this “Ikonic” building, their joke not mine. The area behind it and the Melia Hotel (Originally the Hilton but there is a long story behind that) was built between 2000-2007. It is now full of excellent restaurants, cafes and bars along with plenty of offices and apartments.

Underneath the main road in the middle lies the metro line which takes you into the centre of the city in around 6 minutes and just down the road is the exposed skeleton of Valencia’s new, and still unfinished, football stadium. One day it may be a great place to walk down to a European Cup Final in the future home of Valencia currently it is just an excellent place to live on the edge of the city but with easy access to the rest of the city.

Oh and if you want to know what Valencia’s unfinished ground looks like inside at the moment take a look at this urban exploration video.

Sky Homes is a project by Neinor building group which is to be situated opposite the new La Fé hospital on the southern boulevard of Valencia. With prices ranging from 180,000 Euros to 441,000 Euros for a four bedroomed, three bathroom apartment, these apartments can be found at the bottom end of Malilla. Eventually there will be a lovely walk into town through phase two and three of the Central Park but you might be drawing your pension by the time that happens, even if you are under thirty now!

The buildings look a bit different and have architectural value but Neinor are also planning another project called Saler Homes which is currently being built near to the location of the new Valencia Arena above. These are even more impressive in their design. There are 100 apartments in this project, each with its own large terrace.

Most of these projects should happen and there are others that may or may not such as the Parque Mediterraneo Shopping Centre in Paterna, the 30 floor six star hotel project in the Marina or the extension of the Biopark Zoo by the Parque de Cabecera. Of course we will see. However all of these projects influence your purchase of property in Valencia. The opening up of the Fonteta de San Luis, Nazaret and El Grao will make Valencia an even more comfortable city to live in with more options for you and your family. To take a look at our current selection of properties just click on the image below.

Read More About Valencia Below