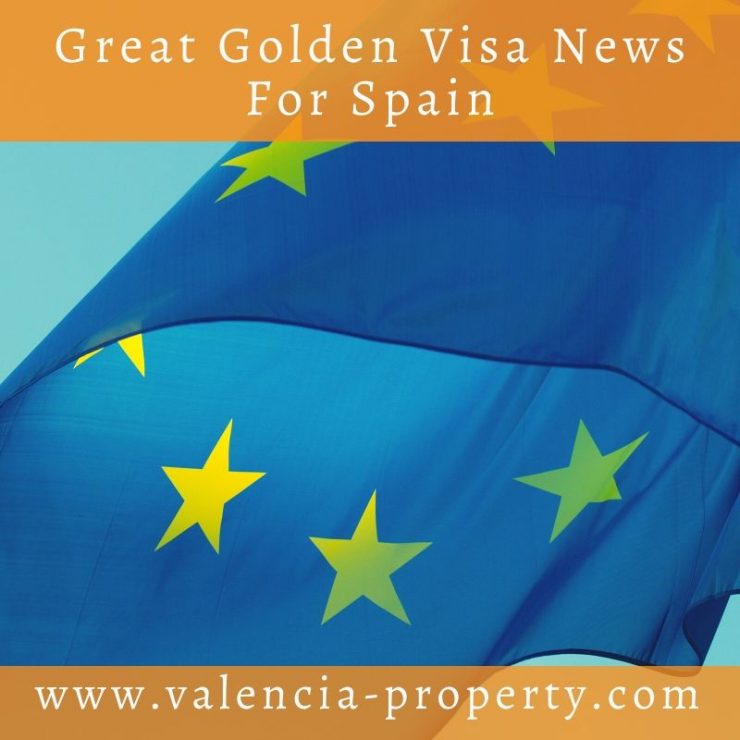 You might have read on these pages before about the Golden Visa offered to non EU residents for investments in property over 500k. If not take a look here. Anyway, other countries also have the Golden Visa and some of them have better deals; lower amount of investment, the investment can include reform costs etc… One of Spain’s competitors in this field are our neighbours in Portugal.

Previously the Portuguese Golden Visa has been the gold standard for international investors looking to benefit from the ability to move seamlessly around the Schengen area by having invested in the country. This being despite the location of Portugal not exactly being idyllic.

This week the goalposts moved.

Portugal has had over 8000 investors paying into the country to get the Golden Visa over the last few years. Over half of them came from China, with Brazilians being in second place but well behind, the language helps with this nationality of course. However, this week the rug was pulled out from under them. The Portuguese government has proposed that you will no longer be granted the Golden Visa for purchases in the Greater Lisbon, Porto and Algarve areas, the most popular with Golden Visa investors. They are trying to force the investment into interior areas of the country and the islands of the Azores and Madeira.

Now, international investors aren’t going to be that interested in buying a property or ten in the backwoods. They buy in large cities, popular tourist areas and places where there are others in the same situation. And they are always looking for an eventual return. Houses in the middle of nowhere or the middle of the Atlantic don’t have that much demand if they want to sell in the future.

Suddenly the Spanish Golden Visa looks a hell of a lot more attractive.

We have been working with clients for the Golden Visa since the project started in Spain. It got off to a slow start with just 81 people taking advantage of it in the first year. This was a time remember when it was 500k for each member of the family, nobody could work here still, children were an issue and a whole lot more problems. All of those issues were resolved after a few years of the scheme. It is now immensely popular with our North American, Eastern European, Asian, Australasian, South African and Middle Eastern clients.

We have a team of people working on your Golden Visa application through our associated lawyers, tax advisors, investment consultants and property finders. We have our first tour party looking for the Golden Visa coming to Valencia next weekend to explore the city and look for their own investments in the city.

If you are looking for your own Golden Visa for you and your family contact us and see how we can help you take the steps towards living and working in Spain and having free movement around the Schengen area. (And next year we welcome our British clients to do the same.)

If you liked this article then read more of our writing below. Just click on the images.