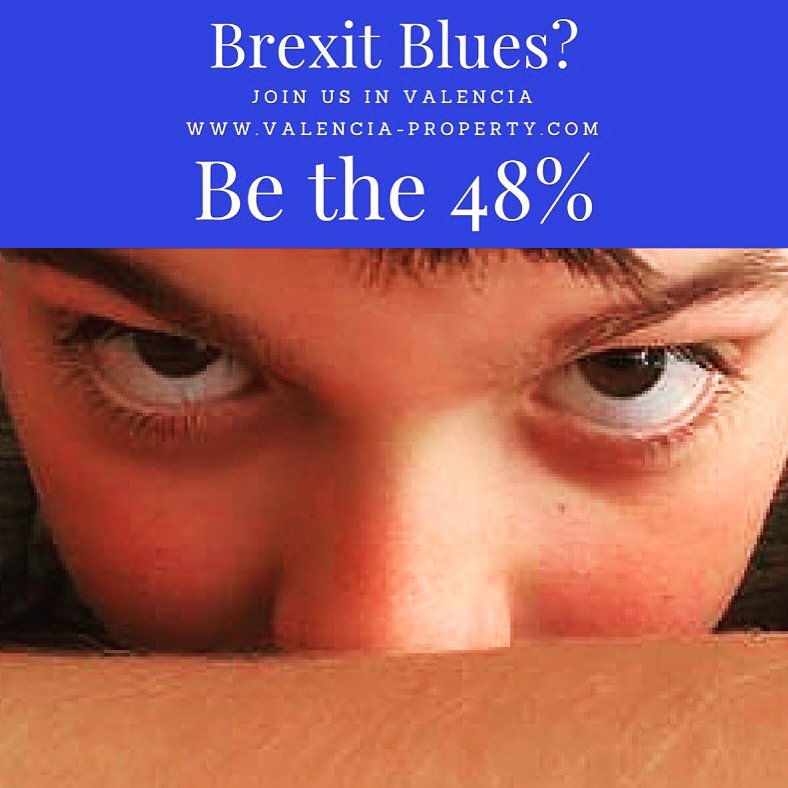 Brexit! There I’ve said it and for once (just this once though I promise) I didn’t swear.

So now it’s time to take back control of your life.

If you are one of the 48% (Let’s call this part the sane half of the UK population) you voted Remain. The stats say you are more likely to be younger, more educated and from one of the larger cities in the UK or you might be Scottish or Irish.

You are now worried about your future and the way that your opportunities will now be limited, possibly for travel, but definitely for work. Maybe you even own a business that depends on the European market in order to thrive.

You fear that lots of opportunity has been taken away not only from you but also from your business and even your children. You have loved living in a community where are you can travel around and meet new people without restrictions, without visas, without impediments.

By voting Remain you stated that you wanted to keep that. You probably recognise the European union has its faults, the insistence on austerity politics for example which you realised was totally wrong and caused massive destruction in Greece, the importance given to the unelected parts of the EU decision making process and the fat cat wages that Nigel Farage gets are examples. However, you are not stupid enough to think that isolation is a better way of changing things and you will prefer to fight for change from within.

My question therefore now is why are you staying in the UK now if you have a choice? Why stay in a country hell bent on its own destruction (bye bye Scotland, adios Northern Ireland) rather than moving to a more inclusive and liberal society while you still have the chance.

Before I tell you why though, let’s just admit there are other options too. Ireland looks particularly interesting at the moment for people who like the rain, want to speak English and be surrounded by English speaking people in a country that will retain its access to the single market and is nowhere near as racist and hateful. Holland, the Nordic countries and Belgium also look quite tempting according to the latest searches on Google by people from Britain wanting to escape the country. However, in a totally self interested way let me make out the case for coming to live in Spain, especially if you have a business and want to make sure you retain access to the single market or you just want a better quality of life maybe for much lower cost.

Firstly, let’s look at the case for you as an individual or as part of a family and then later we will look at what it means for a business to come to Spain.

As somebody looking to live in a more inclusive society, with a lower percentage of semi or full card carrying racist idiots who feel that their views have been legitimised now by the 52% Leave vote, then Spain looks quite good. It is hugely family friendly, and children remain children for longer here, enjoying outdoor life with their peers in the superb facilities that every town enjoys, mostly bought using European Union money set aside for infrastructure improvements by the way.

The climate continues to be superb with most of the country enjoying over 300 days of sunshine a year. The North where they don’t get that much sunshine is immensely beautiful with towering mountains and valleys and superb gastronomy.

The cities are compact and liveable with a great atmosphere in the evenings when you can go out and walk the streets lined by inviting and usually rather full pavement cafes. You are also never very far away from greenery and the countryside.

Your children will grow up bi or even multilingual. They will have experienced something that children living in a sheltered, isolationist country will never do. They will be able to move around Europe freely as part of the Schengen agreement, and they will be able to take advantage of the Erasmus grants for study in other countries which most likely will disappear from the UK. Also University education is a lot cheaper, in fact currently they can go to German universities for free if they are from an EU country and Dutch universities are cheap too (even more languages and cultures to enjoy)

And how much does it cost to live in Spain compared with the UK? Obviously there are more expensive and cheaper areas but you should budget for about half to three quarters of what the cost is in the UK in the majority of Spain. If you are able to work from anywhere for example or you have your own business that supplies your money then it may be a damn good idea to relocate.

And talking of business why would you come to Spain to run a business? It’s not exactly known as the entrepreneurial hub of the world is it!

Secondly, if you need to employ people, Spain has a huge well of talent available with 20% unemployment still after the economic crash of 2008. This is despite having a really well educated workforce, young people desperate for a chance to show their worth, and superb communications in terms of Internet speeds and also transport facilities. The minimum wage is low to so if you come in and pay more than the minimum wage, which you should be doing, then you generally have a fantastic selection of candidates for your jobs.

Thirdly, in Spain you don’t live to work you work to live and you tend to enjoy your time out of work more. Because of the climate and facilities there are many more things to do in Spain, largely free, than in other countries.

And lastly, although there are many, many more smaller reasons, commercial premises in Spain are really really cheap due to the crash after the financial crisis. You won’t struggle to find excellent facilities for your company in Spain. An example was noted in an article this week showing that commercial property in Madrid (the most expensive part of Spain in that sense) is almost a third of the price of Paris for example. See below from Bloomberg.

Madrid, Paris and Frankfurt, are big enough to cope with a potential influx of bankers, JPMorgan Cazenove said in a July 11 report. The vacancy rate for office space in Madrid is 16 percent compared with 12 percent for Frankfurt and 7 percent for Paris.

Madrid is also the cheapest of those three with prime rents at 27 euros per square meter per month compared with Frankfurt at 40 euros and Paris at 67 euros.

So, if you are asking how much is it going to cost me to live in Spain just take a look at some of the offers on the property that follow as a start. Especially if you are one of the 48% suffering in and around London, in fact we know it’s about 60% who voted remain in that area, just think about how you could live in Spain, get on the property ladder and have extra cash available every month because you are not being bled dry by London property prices. Take a look, get in touch, and then move over here. You never know you might like it lots.

Oh and one more thing, you will never have to put up with that idiot, possibly racist, aunt or uncle who spews forth uninformed Brexit crap every single day and you feel obliged to go and visit just to keep up appearances. You will have a good excuse never to go and see them again.

Come and join us in Spain and more particularly Valencia. Remember you spend around 80 years on this planet on average, don’t waste them thinking what might have been.